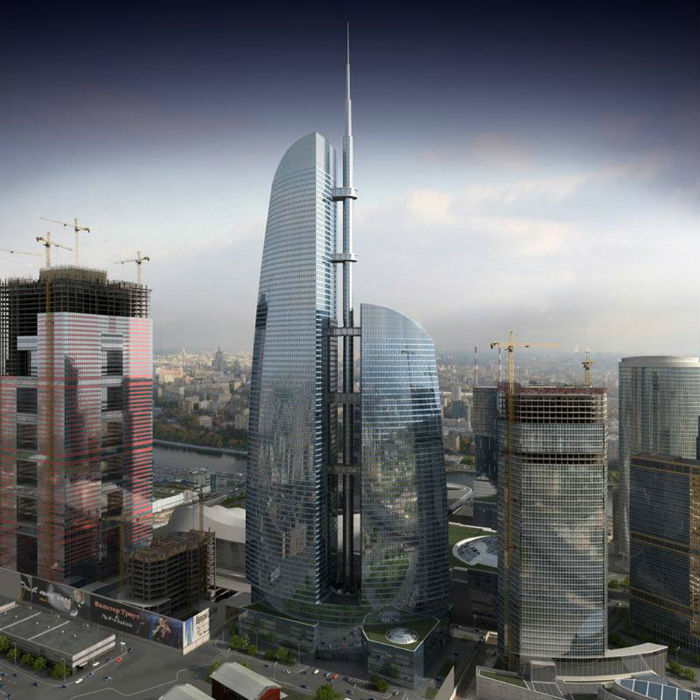 This promises to be a big year for skyscrapers. China has several big projects due to be completed by the end of the year, cementing its position as a global superpower. The next few years will see an abundance of megatall skyscrapers (over 600 meters) being constructed.

As it stands the tallest building is the Burj Khalifa which reaches to a height of 828 metres. The competition is heating up though, with the Jeddah Tower in Saudi Arabia expected to claim the title when it opens in 2020 at a height of 1,000 metres.

Another strong entry from China which will reach a height of 597 metres when completed later this year in Tianjin. A distinctive diamond-like form will top the structure. Designed by Chinese firm P&T Group the building was originally meant to a fin-like shape at the summit but this was changed to faceted glass.

This tower will be the tallest skyscraper on the Korean peninsula, outdoing the current record holder by over 200 metres. The 555 metre-high skyscraper will offer shops, offices and even a seven-star hotel. Worryingly some sinkholes were discovered at its base, despite that the completion date is still on track.

Number four on the list of tallest buildings to be erected in 2016 is the CTF skyscraper in Guangzhou. This building will hit the sky at a distance of 530 metres. It will join another, similar tower on the site both of which overlook the Pearl River. The 111 floors will incompass offices, a hotel, a shopping centre and a viewing deck.

This attractive building is designed by East China Architectural Design and Research Institute (ECADI). It has two matching curtain walls of curved glass said to resemble a ship’s sail. With 438 meters of space to utilise inside will boast apartments, offices and a hotel.

Although dwarfed by the Burj Khalifa, the Marina 101 stands tall at 426.5 metres and will be the second tallest building in the United Arab Emirates. It was originally set to be completed in 2016 but failed to meet its deadline. The lower levels will house the first Hard Rock Hotel in the Middle East. Above that holiday apartments and a restaurant with panoramic views will be in situ.

Judging by this list alone, real estate is still booming in China. Dalian,where the buildings is located is nicknamed the ‘Hong Kong of Northern China’ and is the trading and financial center of the region. The fast-growing city has already got 11 skyscrapers, over the height of 200 metres, with a few others in the pipeline. The building is four years overdue.

Eighth on the list is another building that missed its 2015 completion date. This will claim the record for Europe’s tallest building from the Mercury City Tower also in Moscow. The two buildings form part of Moscow’s Federation Tower complex.  Standing at 381 meters the Vostok Tower will the the tallest of the five towers in the mixed-use complex, that features two hotels, offices and the compulsory observation desk.

The Top Real Estate Events in 2017

The World’s Most Expensive House is…..

Six Most Beautiful Gardens in the World

Propertykita is now part of Lamudi Indonesia © 2016 Real Estate Classifieds Indonesia Private Ltd. All rights reserved. Material may not be published or reproduced in any form without prior written permission.